England is one of the most visited countries in the world. It has an endless number of places to visit and offers numerous things to do. In order to help you decide, here are the Top 10 Fun Things To Do In England.

Travel England: Top 10 Fun Things To Do In England

London City Tour has a fleet of 24 double-decker buses, all of them red and inspired by the typical London tourist buses. The front of each bus has a digital panel which specifies which route it will be taking.

Most of the London City Tour buses have a fully or partially open top deck that helps you can enjoy a superb panoramic view of the city. However, the lower floor of the bus is completely air-conditioned.

These buses are equipped with ergonomic seats guaranteeing you a comfortable journey. In addition, you’re offered free Wi-Fi and USB chargers. Hence, listing this tour as one of the Top 10 Fun Things to Do In England. Harry Potter fans would be excited to know that many of the filming locations for the wildly popular series are free to visit. Without a doubt, Dr. Who devotees would enjoy taking pictures in a telephone booth.

Enter the world of Harry Potter when you’re in London at the Warner Bros. Studio Tour London. With appropriate transportation from the city to the studio, this Harry Potter tour presents you with all the details that went into the making of the magical movies, including film sets, props, costumes and special effects. Stand in the Great Hall, walk along Diagon Alley, see Dumbledore’s office and more.

Trace the progression of civilization on a 2.5-hour tour of the British Museum, to reveal historic ideas that brought about the changes in the world.

Furthermore, see an eclectic selection of artifacts including the Rosetta Stone, a two-headed Aztec serpent, a mechanical solar system, and the Lewis Chessman, and enhance your knowledge of topics reaching from Egyptian pharaohs to the agricultural revolution. 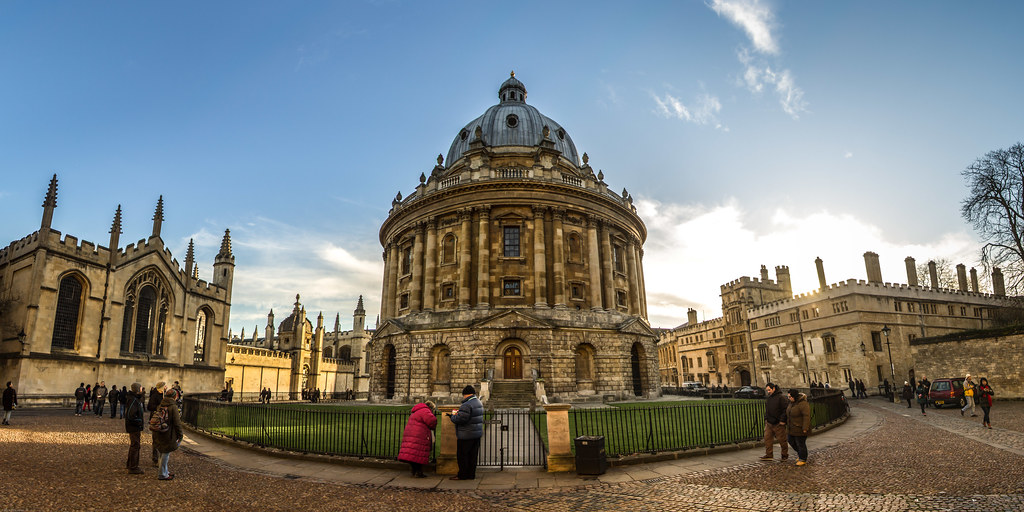 Matthew Arnold famously described Oxford as “that sweet city with her dreaming spires.” Among the many historical sites (such as the beautiful colleges), your walking tour must include visiting Radcliffe Square. The area has several noteworthy buildings, including the Radcliffe Camera, the University Church of St. Mary the Virgin, and the Bodleian library. The church is free to visit and presents a spectacular view of the city.

Additionally, the area has several noteworthy buildings, including the Radcliffe Camera, the University Church of St. Mary the Virgin, and the Bodleian library. The church is free to visit and presents a spectacular view of the city.

This is surely one of the Top 10 Fun Things to Do In England because, this city is also fairly Metropolitan, and you’ll enjoy browsing through Blackwell’s bookstore and seeing the shops and restaurants. 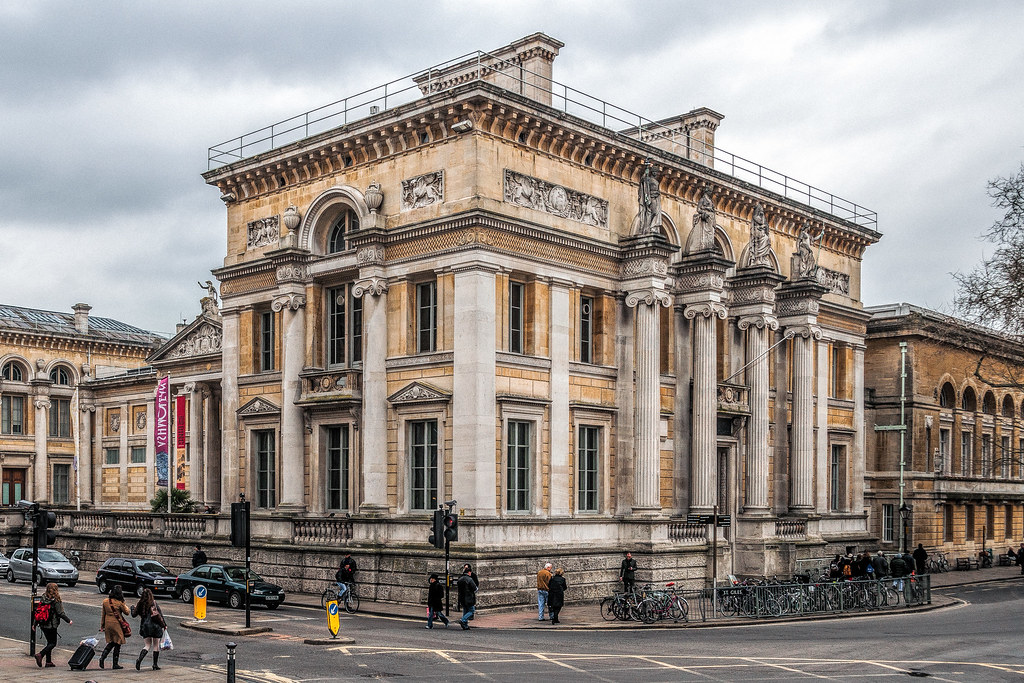 The Ashmolean is the University of Oxford’s museum of art and archaeology, founded in 1683. It is the oldest public museum in the world and has incredibly rich collections from around the globe, ranging from Egyptian mummies and classical sculpture to the Pre-Raphaelites and modern art.


Furthermore, Oxford is so rich in history and sites to see within the City Centre that it’s easy to miss the gorgeous surrounding countryside. Take time for a stroll through Port Meadow, an area of common land northwest of Oxford. It’s perfect for picnicking, and you might even get to see some horses and hence surely one of the Top 10 Fun Things to Do In England.

5. A Festival of Nine Lessons and Carols

A Festival of Nine Lessons and Carols

For those who happen to be in Cambridge in December, attending the Nine Lessons and Carols service at King’s College is an absolute necessity, whether or not you consider yourself a religious person. The Christmas Eve service, which is broadcast worldwide, features nine short lessons alternated with nine carols sung with ethereal beauty by the college choir.

The gathering of people for this a lot, so even though the service starts at 3 p.m., you’ll need to queue for tickets early in the morning (the doors open at 7:30). Many people bring their own chairs to sit in. There are a café and restrooms nearby, and the wait is well worth it.

First of all, explore London’s rich royal heritage through a 2.5-hour visit to Buckingham Palace to see the changing of the Guard Ceremony. Moreover, enjoy the traditional Changing of the Guard performance, which involves meticulously dressed soldiers marching to the rhythm of military drums.

Furthermore, enjoy a high-class experience as you enter the opulent State Rooms of Buckingham Palace for an independent audio tour. See extravagant chambers during a tour only available for two months of the year. Also, gain a charming perception of the history of the British monarchy.

3. Theatre Show in the Phantom of the Opera 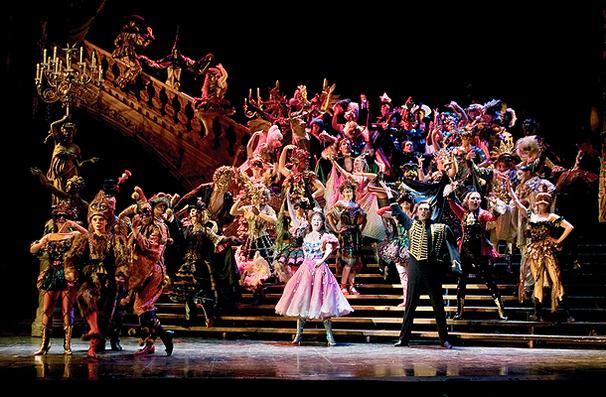 Phantom of the Opera

Another, Top Fun Things To Do In England is immersing yourself in the tragedy of ‘The Phantom of The Opera’. As a matter of fact, it is the world’s highest grossing musical. This multi-award-winning show features an Andrew Lloyd Webber score. Which turns its story of a fabulous figure from shadowy Paris Opera House into a sensation.

Furthermore, be swept away by the love story to timeless melodies including the rousing ‘The Music of the Night.’. Choose standard-price or top-price seating for this London Phantom of The Opera production.

Another Top 10 Fun Things To Do In England is the Thames Dinner Cruise. That offers the perfect London a la carte dining experience. A romantic environment to impress a loved one or another special event, Dinner Cruise is picture-perfect for all.

Therefore, the cruise begins from the River Thames. Past the Houses of Parliament and Big Ben, your four-course a la carte dinner will be on your table. Moreover, live band and singer will set the mood with gentle background music.

London’s greatest landmarks are even more inspiring at night.  Along with their bright lights and fantastic quality, the ever-changing framework is simply spellbinding. In conclusion, after your meal, the band will take over. Also, to add on to the Top 10 Fun Things To Do In England, choose to join in with some after dinner dancing to put the finishing touch on your special evening.

1. The Tower of London 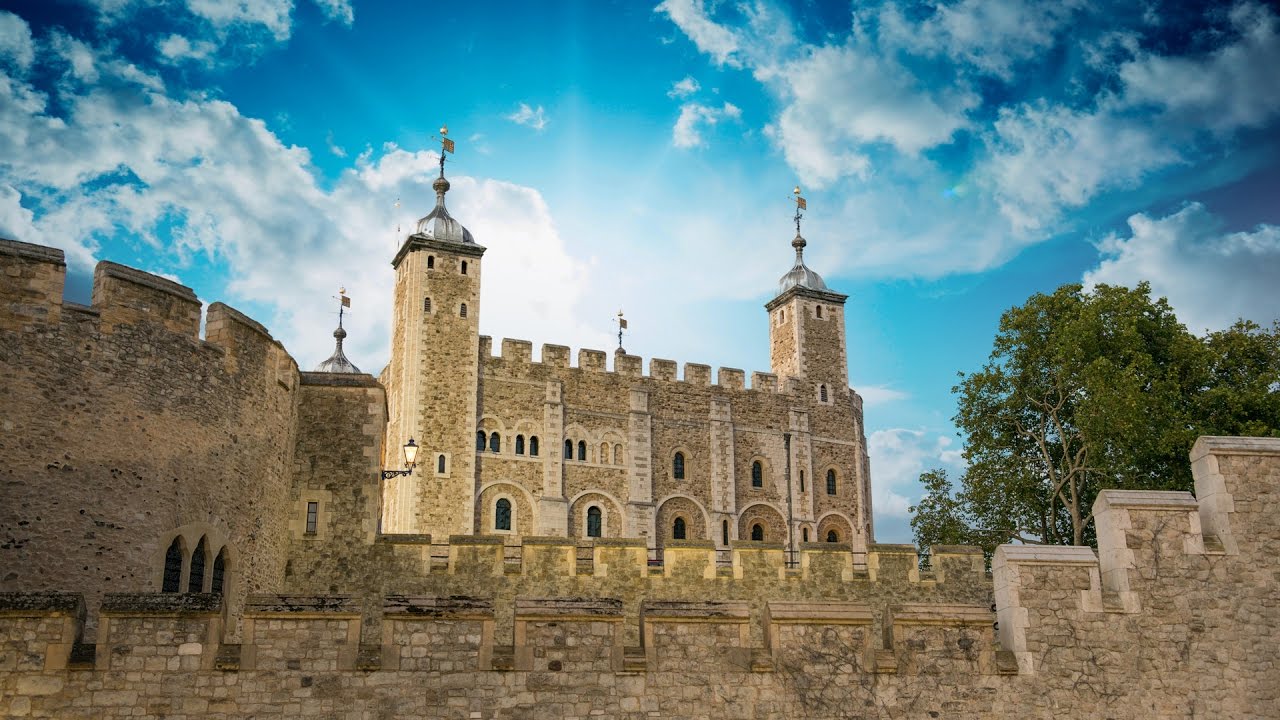 The Tower of London

The final Top 10 Fun Things To Do In England is to visit The Tower of London. One of the world’s famous fortresses and has seen service as royal palace, prison, armory and even a zoo. The ancient stones hold within them dark secrets, as fortified domes shine with invaluable jewels and historic uniformed Beefeaters stroll the grounds. It situates itself in Central London, closer to the River Thames, the Tower of London is one of the city’s premier attractions.
If you’re planning a trip to England soon, make sure to check our competitive rates for car rentals worldwide. Enter your details below, compare, choose and book!

5 Unusual Things to Do in London

What You Need to Know about Car Rental in London

3 thoughts on “Travel England: Top 10 Fun Things To Do In England”

Pingback: Best Cities to Visit in Europe For an Unforgettable Trip | CARSiRENT.com