A dwelling place of power dressers, Mediterranean-style street cafes and high-tech industry which will show you the best things to do in Munich this summer. Apart from all these, this city has many more enticing attractions due to which it has the highest number of visitors during summer.

Best things to do in Munich this summer

1. Day tour of The Royal Neuschwantein and Linderhof

The Royal Castles of Neuschwanstein

Watch your childhood fairy tale come to life at the magnificent castles of Neuschwanstein and Linderhof which tops the list of the best things to do in Munich this summer. You can travel in the AC coach and view the stunning scenery of Linderhof, Ludwig’s Rococo-style hunting lodge and last home.

Furthermore, an optional tour of the interior of the castle is also available. Visitors also get to enjoy their leisure time in the nearby Hohenschwangau village for lunch and get to know more about the Neuschwanstein’s  grounds. 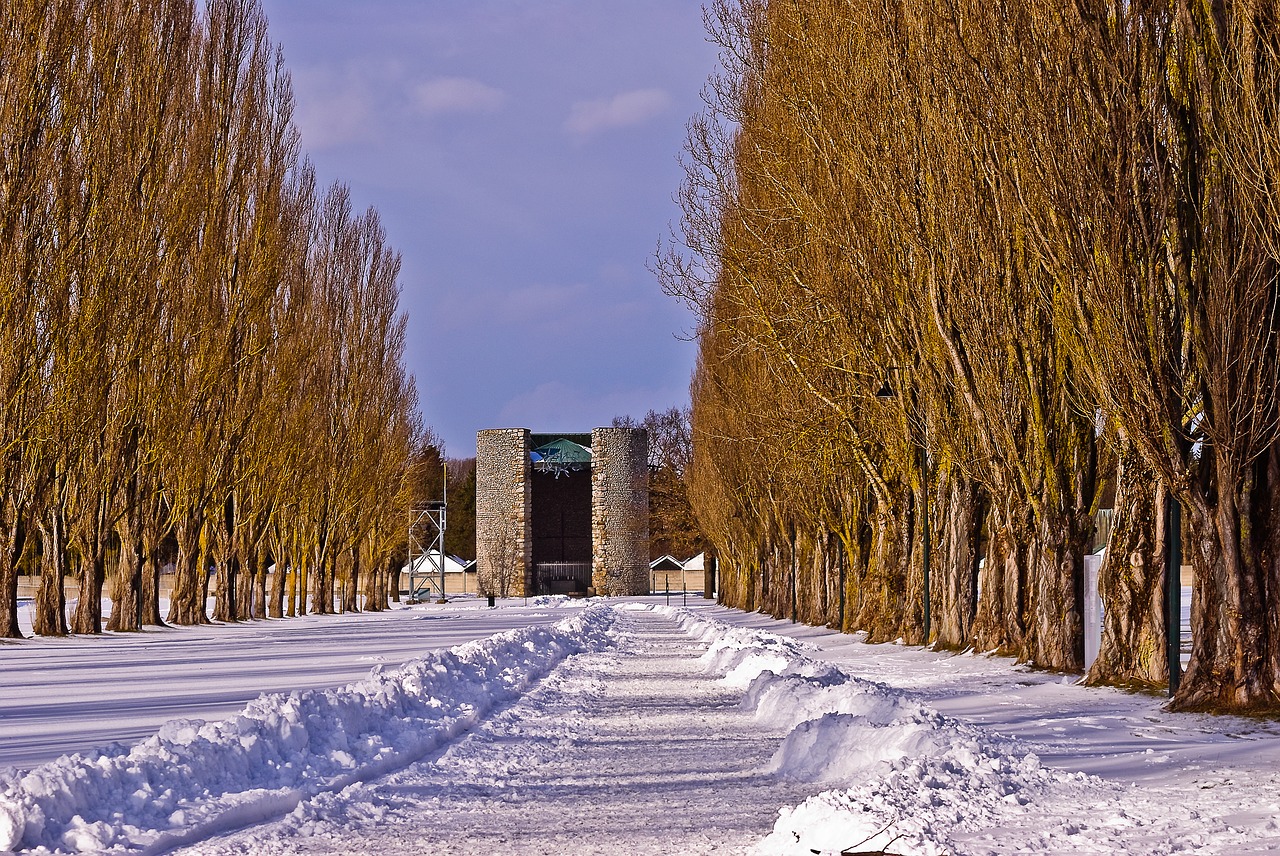 Gain insight into the Holocaust of World War II as you visit the Dachau Concentration Camp Memorial site.

Take a guided tour around the compound which serves as a place of memorial and education that is dedicated to thousands who were imprisoned and lost their lives between 1933 and 1945. Take a moment to reflect as you learn how Dachau served as a model for all Nazi Camps.

Moreover, you can also visit the exhibition center, reconstructed barracks and cells. Visitors would get a chance to tour a sensitive and an informative place on their visit to Munich this summer. Feel the summer breeze as you enjoy Munich in an open air Double-Decker bus. It gives the visitors a panoramic view of the entire city as they uncover the beauty of its historical sights.

Furthermore, the Hop-on Hop-off city bus tour also helps you gain a deep understanding of various landmarks such as the Pinakotheken art museums, the world famous Hofbrauhaus, the National Theater with the Royal Palace, Marienplatz and the Viktualien market with its illuminated outdoor stalls.

The city bus also takes visitors to the Olympic grounds where they can explore other attractions such as Sea Life, the BMW museum, and the new BMW Car World.

Additionally, the city bus also takes its visitors to the modern Munich which surely makes this fun bus tour a definite thing to do in Munich this summer.

It is said that the tans would fade but the memories would last forever so take a chance to stroll through the Germany’s most romantic road this summer. You can even enjoy a coach drive on the iconic road which is a very popular route through Bavaria’s mountains and forests.

In addition, do not miss the chance to visit one of the jewels of the Romantic road, Harburg Castle which is wonderfully preserved high on a hill and fall in love with the charming medieval village of Rothenburg that consists of beautiful cobbled lanes and half-timbered houses.

Walk into the blissful and sensational Eagle’s Nest in Berchtesgaden while on your trip to Munich.

In one of the history’s surprising turns, it used to be Adolf Hitler’s popular mountaintop escape. From the top, experience an amazing view by looking over both Germany and Austria as the jagged mountains march away in all directions.

Travel by the AC coach to Bavaria’s most stunning mountain slope and get a bus ride to a lodge that is 6148 feet (1834 meters) high up the Mt Kehlstein. Visitors can also view the stunning Alpine peaks and pastures.

Since it is an amazing experience to gaze at the heavenly view, Berchtesgaden and Eagle’s Nest day tour is listed as one of the best things to do in Munich this summer.

Be amazed at the exquisite sights of the Austrian Lake District on a day trip. Drive into the elegant lower Bavarian Alps as you explore the churches, squares and the filming locations of the classical hit movie, Sound of Music.

Likewise, make sure to explore the quietness of Bavarian countryside and stop by Wolfgangsee where green mountains seem to drop into the deep blue lake as you go on a short cruise. 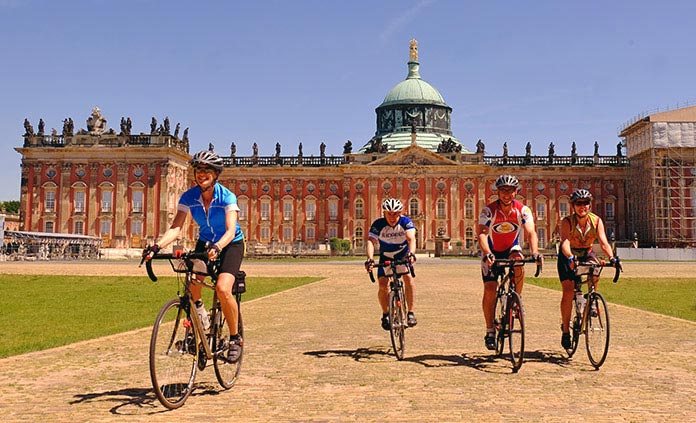 Get to see the best of Munich on a unique well guided 3-hour bike tour which makes it one of the best things to do in Munich this summer. Explore different locations while taking pictures as it gives you an opportunity to pedal through time. Enrich your knowledge about the history of Munich as you view the breathtaking sights.

Ride past Königsplatz that was built in the European neo-classicism style and Marienplatz which has been the city’s main square since 1158. In addition, ride to Englischer Garten which is one of the largest urban parks in the world and stop at the Chinese Tower beer garden to delight yourself with refreshments and beverages. 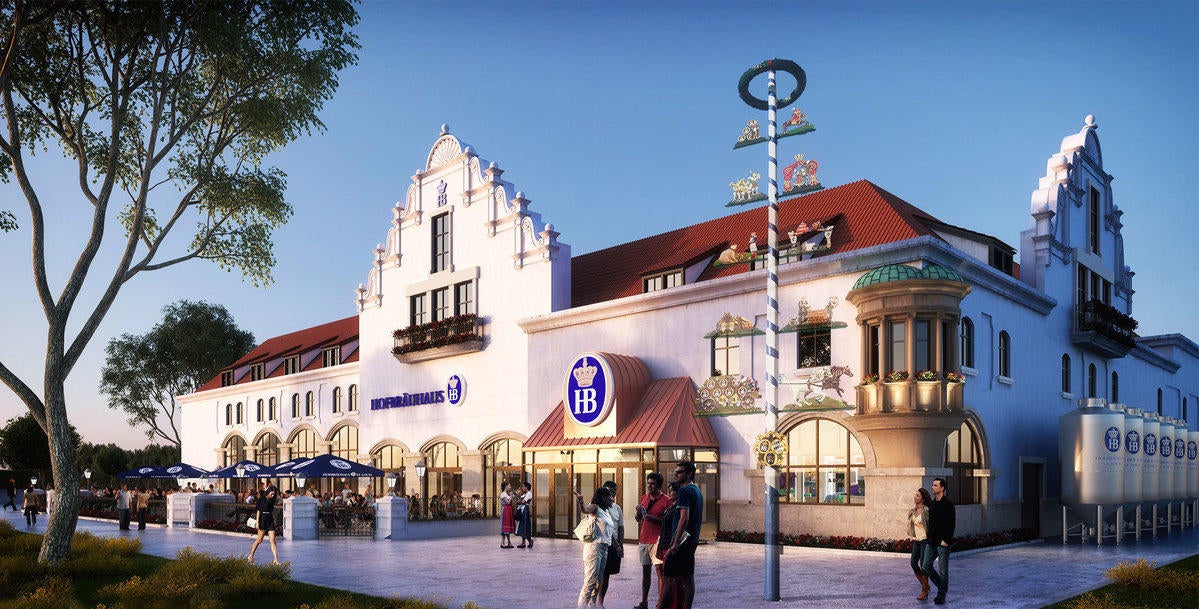 As the sun sets and the moon makes its way, Munich’s vibrant night life comes alive. It is highly recommended to visit Hofbrauhaus. On this private sightseeing tour, you can view the city’s most famous squares, monuments, fountains and buildings.

Visitors can also enjoy an exotic dinner and a show at the Hofbrauhaus before moving further up to the Olympiaturum for a stunning panoramic view of the fascinating city. 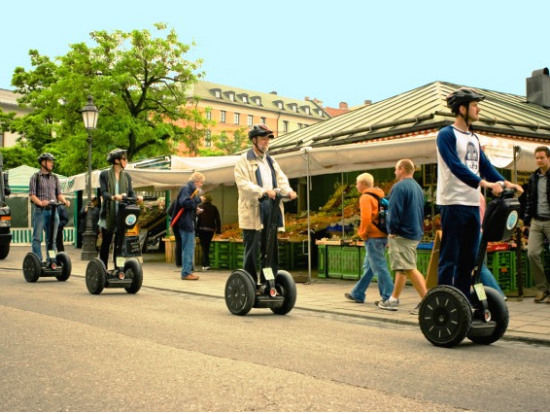 Experiencing Munich’s most beautiful sights effortlessly with latest technology would surely list Munich Segway Tour as one of the best things to do in Munich this summer.

Take a trip around the vibrant neighborhoods and parks of Munich. Visitors are provided with a guide who shares facts along with many fun stories. Tour the popular residences and some of the greatest museums of the city.

Unlike the other touring groups, these groups are as small as eight people at a time. Visitors can enjoy a unique experience while taking pictures which lists the Segway tour as one of the best things to do in Munich this summer.

Depart from Munich to the most enchanting Bavaria’s Neuschwanstein Castle. On this day trip, visitors are provided with a round-trip transportation by train.  This magnificent castle is well known around the world as it was an inspiration for Sleeping Beauty’s castle at Disneyland.

Take a guided tour around the castle and hear stories about the ‘Mad’ King, Ludwig II. This trip includes skip-the-line access but not entry access.

In conclusion, Munich is a friendly city that greets millions of visitors from around the world with open arms. Whether it’s to celebrate the Oktoberfest or to explore and relish the Bavarian gem, Munich is one of the most captivating destinations on the planet. Don’t forget to follow the blog for The Best Things to Do in Munich this Summer!

If you have any thing to add, leave a comment in the box below! 🙂 Dank je!

If you’re planning a trip to Munich soon, make sure to check our competitive rates for car rentals worldwide. Enter your details below, compare, choose and book!

2 thoughts on “Best things to do in Munich this Summer”